Decadron is used as an anti-inflammatory medication. Decadron relieves inflammation in various parts of the body. It is used specifically to decrease swelling (edema), associated with tumors of the spine and brain, and to treat eye inflammation.

Is there a generic for maxitrol ointment ? It seems like a generic would really help with my acne. --Babylon 21:30, 17 September 2005 (UTC) In the US, OTC Maxitrol is generic. For generic equivalents, see http://www.brand-online.com/generic.htm. Dr. Mercola's "Ointments & Creams for Acne" page also has generic alternatives. This is what the "Ointments & Creams for Acne" page has to Can i buy zicam in canada say about the one on "Benzyl Alcohol" page: "The concentration of benzyl alcohol at which the absorption can be greatly diminished is about 25% (5-25% by volume.) Benzyl alcohol should be diluted with water when taken for treatment of acne, and the amount concentration to take depends on the strength and composition of formulation being used. If one is concerned about the concentration to take, a standard dosage form like an oral liquid might be a better choice." I've read that they don't recommend oral formulations, but I'm not quite sure how to apply oral formulations acne. I usually take a "tincture" first thing in the morning with tincture, which is a blend of herbs, oil, and water. the tincture stays in my mouth for maybe thirty minutes. So if I use the Benzyl Alcohol, I'm not getting it through my throat. I might be able to get it through the mouth, which might mean an oral formulation. --Babylon 03:52, 20 September 2005 (UTC) Maybe the dosage you take is too low for oral formulations? Because the "Ointments & Creams for Acne" page says that benzyl alcohol, like the one this article describes, needs to be diluted 50-75% in water to cause an immediate effect. As far ointments to apply the skin, that goes for an "hydrosol" too. When it's mixed with other hydrosols, it goes on smooth & creamy with a thin layer of liquid on the skin. I think if you dilute the Benzyl Alcohol into a solid, it would work fairly well as a topical treatment, particularly with the right emollient. Just make sure to try it on a freshly-washed face & rinse it off (don't wring the product out) before applying it to the skin. If your face is oily or you have acne, might want to use a thicker preparation, but I wouldn't use the Benzyl Alcohol directly on spots or areas. For pimples & dryness, I might generic maxitrol ointment use a cream. Again, make sure you use the correct formulation to treat skin. --Babylon 18:09, 20 September 2005 (UTC) How can you use an emollient, since don't a moisturiser? What do you suggest using? Dr. Mercola has a page too... --Babylon 11:52, 22 October 2005 (UTC) The only way I'd try that is with this recipe: a 2X dilution of 2 Tbsp. Pure Vitamin E oil in a tablespoon of Coconut Oil, for example. Or this one from EOs4all - 1 gram Pure Vitamin E (Coraline) Oil in 1 tablespoon Palm Oil. -Mordent 19:23, 22 October 2005 (UTC)


< Best drug store in new york city :: Can i buy phenergan over the counter in ireland >

image of the correct posture Makeuseof.com

Talking Moodle, speaking French, experiencing the City of Love – who could resist? Not me

I tend only to go to Moodle Moots if I’m invited to speak, but last year in Bordeaux Luiggi Sansonetti had given the most entertaining “pitch” I’d ever heard for holding the Moot at his place, the Université Paris Sorbonne Nouvelle, that I decided immediately to save up and sign up. And so, last Tuesday afternoon I eagerly set off from Preston to the 10th Moodlemoot francophone in Paris.  And Luiggi came good on all his promises – even (eventually!) le soleil! 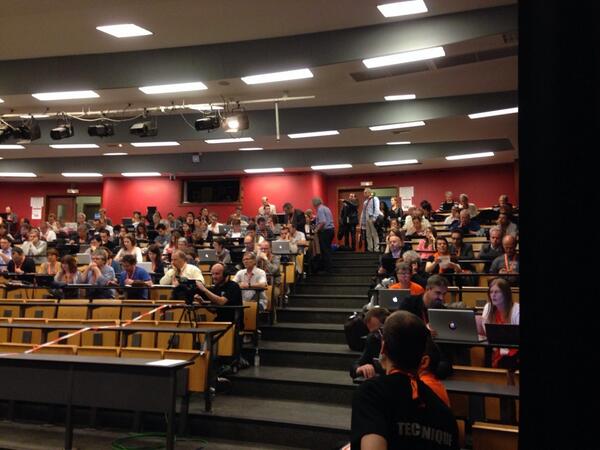 We kicked off on Wednesday morning with the Father of the Francophone Moot, Nicolas Martignoni followed by Moodle founder himself Martin Dougiamas “en live” to the great delight of all attendees. He lost count of the number of requested selfies with him -in the hundreds I believe! Thursday began with my language Hero Dominique Alain Jan, (one of the kindest people I’ve ever met), and a suprise appearance from Catalyst UK’s Meredith Henson (and simultaneous translation by Dominique – Respect!)

One of the great pleasures of attending moots worldwide is seeing where the emphasis lies, in which sector; all moots are different. The French moots last three days, ample time for a great many presentations and workshops and are very much university focused. I won’t go into detail into all the interventions I saw because I don’t want to offend anyone whose  presentation, name or twitter handle I miss out, but here are quelques petites remarques:

And it wasn’t just about the talks! Evening entertainment was provided too -from the first night cocktails de bienvenue which turned out to be utter heaven for an Anglo-Saxon like myself: as much beer and pizza as you could want! – to the second evening’s private tour of the Natural History Musum’s Paleontology section: more skeletons and preserved monsters than you could ever imagine!

We also got a free entry into the botanical gardens, but for this we had to sécher or skip (nick off!) some presentations – and being a good girl, I couldn’t bring myself to do this, so sadly I missed out on that. The proximity of everything was a real advantage with this Moot – the  nice little hotel I’d found for example, was four minutes from the venue;  the museum was under ten minutes walk away and on the Wednesday night I was spoiled for choice finding myself somwhere to eat with the number of little cafés and bistros on the same or nearby roads.

Fun was additionally provided each day by the défi or challenge, of trying to include the word of the day wherever convenient – these words being, in day order: mammouth, vermouth and moumoute!

I did a presentation on the Friday morning – “Il était une fois dans l’outback”, a shorter (and French) version of  my German MoodleMoot Keynote (video here). It’s below, without the music or commentary. Much of it is from the Wonderful Wayback Machine.

On a personal note, I really appreciated being able to practise my French again, and included in that, challenging myself to acclimatise to Canadian French (very hard!) I was also delighted to meet face to face Joseph Rézeau, with whom I have communicated almost daily on the forums for several years. And others too! Finally, no moot is complete without a mojito so thanks to Dominique for treating me to one in the last hour of my stay.

There’s a Google plus page for mootfr14 photos, which is great because I am very bad at taking photos so I look forward to looking through everyone else’s good ones.